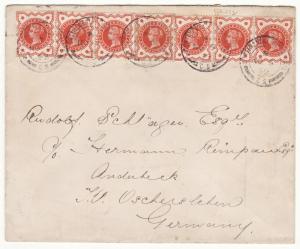 This cover may look like quite an ordinary, if not attractive franking, but what makes it that bit more special is that it has been sent by the Continental Night Mail and with seven 1/2d vermilions paying the 1d fee plus UPU letter rate. Early bidding pushed the price up to $104.50 (around £66). 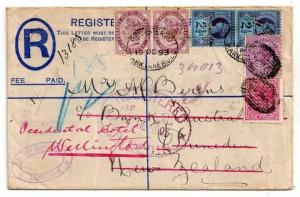 This interesting stamp only had one bidder and sold for £107.45. You may be questioning how such a spectacular error that the stamp is missing the purple can go for so little. Well that’s because I believe that it has been chemically treated to remove the purple. I have seen instances in the past of the 5d with the purple or the blue missing, however every example, as with this one, the remaining colour and the cancel appears faded. Still an interesting talking point in a collection.