There wasn’t much of note to write about which sold on eBay in November or December so I combined the two this time. I did find a few things at least!

Hot on the heels of my previous post, I came across three varieties of the Müllheim-Deutz-Köln local stamps, showing pairs of the 10pf, 40pf and 50pf with the “unfrankirt” overprint missing on one stamp. They are actually listed in the Michel specialised catalogue of local stamps, priced at around €20-30 if I remember correctly. They sold (on German eBay) for €18.50, €22.18 and €14.28 respectively. 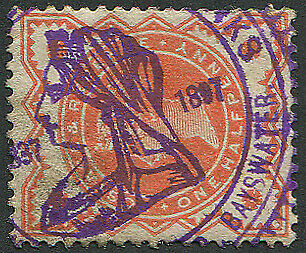 Another bit of fun is this ½d vermilion with a rather unusual violet cancel depicting the Queen between “1837” and “1897”, presumably to commemorate the Queen’s Diamond Jubilee. I’ve never seen this before, and can only presume that it is a commercial cachet (of a company presumably in Bayswater) that would have been applied when the stamp was used on a receipt for revenue purposes. If anyone has more of a clue than me then I’d be pleased to hear! 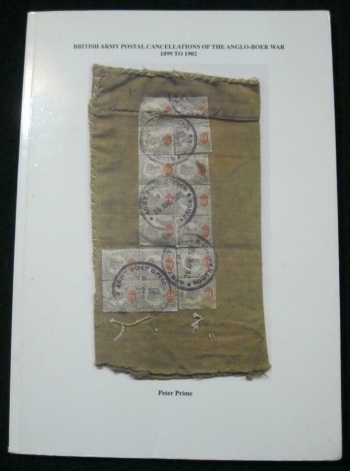 This book, “British Army Postal Cancellations of the Anglo-Boer War 1899 to 1902” by Peter Prime looks like a valuable reference work for a Boer war collector. It’s missing from my library and if I hadn’t have missed it I would have bid more than the £15.80 it realised. I’ll save an eBay search for it so I get an alert the next time one comes up! 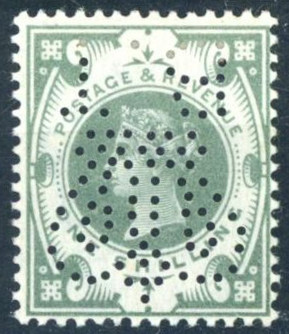 Bygones of Bridlington offered quite a few Jubilees with Board of Trade perfins. I still haven’t quite worked out how to identify genuine perfins from fake perfins yet. I have noticed certain cancellations which are consistently found on Board of Trade stamps, and often the perfins are inverted, reversed, inverted and reversed, and sometimes show missing pins. So if this stamp is the real deal then at £19.86 it wasn’t at all expensive. 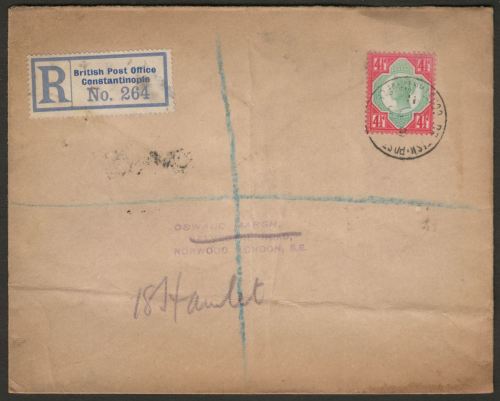 Finally this slightly ugly cover with a 4½d Jubilee with washed colour sold for £56.70! Unusually, it was sent in 1911 from the British Post Office in Constantinople in British Levant. This stamp isn’t listed by SG as being used in British Levant, and the fact that it was sent to Oswald Marsh, the famous stamp dealer, suggests that it is a philatelic concoction. But it is only the second example I have seen (the other being sent in 1910).

October 2013 Retails Items of the Month 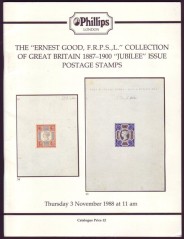 We start off this months retail highlights with a very important reference for every Jubilee collector. The Ernest Good Collection auction catalogue by Phillips on 3rd November 1988 is still one of the best collections of the Jubilee issue ever formed. Sold by Bill Barrell for £12.50. 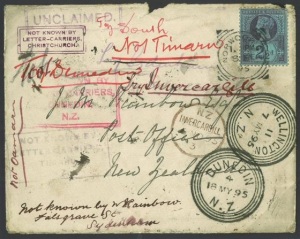 Next up is the cover which, as they say in the business, is full of character! This is normally the code word for scruffy, and it’s hard to deny it in this case, but look beyond that and you’ll find an extremely interesting cover. Sent to New Zealand, it was simply addressed to “J. M. Rainbow, Post Office, New Zealand”! What is equally amazing is that the New Zealand still tried their best to deliver it. With transit markings from Christchurch, Dunedin, Wellington, Invercargill and Timaru. Yours for £155 from Samwells. 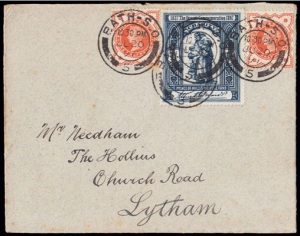 And to finish with we have a scarce usage of the 1897 1s Prince Wales Hospital Fund label on cover with two 1/2d vermilions. For sale by Andrew Lajer for £165.