Top 3 Items of the Week

This month sees another Jubilee item slip through my fingers. Although only a large parcel piece, it has added interest in the fact that it was sent from the Houses of Parliament, and is printed “PARLIAMENTARY PROCEEDINGS / On Her Britannic Majesty’s Service”. Sent to Belgium, it is franked by nine 1881 1d lilacs, a 1887 1/2d and a 2 1/2d tied by London hooded cds. Hosted on ebay.com, it sold for £21.75. 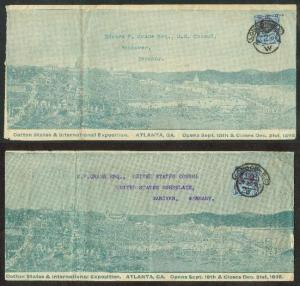 Another lot hosted on ebay.com was this pair of American advertising covers from the Cotton States and International Exposition, Atlanta. I’ve had some success recently in buying advertising covers cheaply of ebay, however not these two. Obviously buoyed by the American interest, the two sold for £68.12. 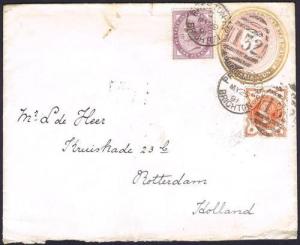 Advertising-ring covers such as this one are keenly collected. Even though this one inscribed “PUBLISHERS OF THE PERMANENT STAMP ALBUM / BRIGHTON” is one of the most common, and there’s obviously some soiling at the top, it still fetched a respectable £75.59.