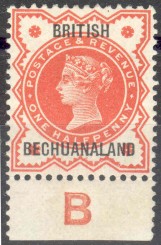 Now that it’s the end of January, I’ve finally had the time to catch up with what I should have done at Christmas time. So without further ado, we kick off this month with “the one that always gets away”; the British Bechuanaland overprint on the 1/2d vermilion with control letter. This was bought for nothing. Only £27 for this unmounted mint example. Not only did I miss it on eBay, but it was bought by the dealers Deverell & MacGregor and was sold before I even knew it! Aaagh! One day… 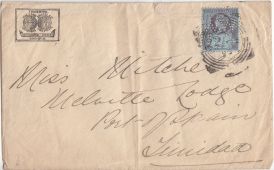 Next up is this rather scruffy looking cover is only the second cover I have found with a Jubilee franking going to Trinidad (there’s also a parcel tag going to Trinidad worth a mention). £17.80 was all that this one fetched because of its condition. 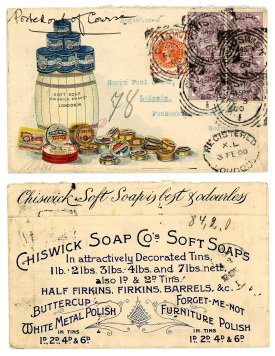 Although this next cover just about qualifies for this blog because only one of the five stamps are a Jubilee, I couldn’t let this beautiful cover pass by without mentioning it. For a little extra interest, there is even the manuscript “Posted out of course”, which means it would have been dropped in a letter box instead of being taking to the post office to be recorded. It sold for £295.95. 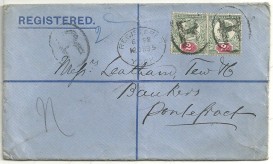 There’s nothing particularly special about this cover, but I just thought it was worth a mention because it’s something I should have added to my collection because it’s a nice example of the 4oz letter rate and the registration fee paid by two 2d green and red which is not a common rate at all. It sold for £16.24. 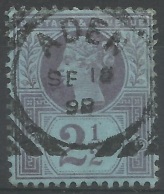 This 2 1/2d has a rather fine strike of the Aden squared circle ds. This stamp would have been attached to a cover posted on board a ship and cancelled when it was sorted in Aden. It sold for £9.34.