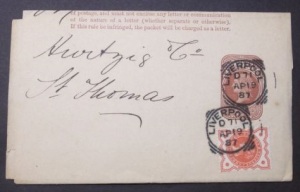 We start this month off with one of my favourite collecting areas at the minute; destination mail. I thought that this would have been a rare example of a newspaper wrapper going to the small island of St. Thomas in the Caribbean. However it was one of nearly 10 that have appeared in the last two months, and sold for only £9.04. One slight detraction with newspaper wrappers as destination mail is that there is never an arrival marking. 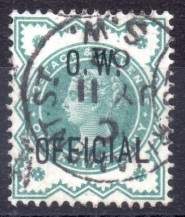 Following on from last months crude forgery of a Board of Education stamp, this O. W. Official fetch a similar price at £56.75. However I THINK that this is actually a genuine example. Many of the genuine examples I have seen have the Parliament St. cds. 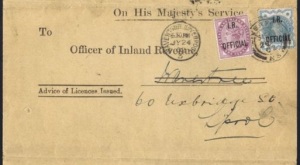 Another Official for you. This one being the common 1/2d green I. R. Official. However it is very scarce on cover. This one is even more interesting because it is a turned cover with the other side franked with a 1d lilac. The extra unfranked 1d lilac next to the 1/2d probably paying the postage due as presumably the rate should have been 1d both ways. I need to have a closer look when it pops through my letter box. I was the only bidder at £140. 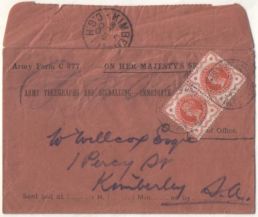 This attractive Boer war franking sold for £33.80. The interesting aspect being that it is an Army Telegraph printed envelope. Normally this franking is less than £10. 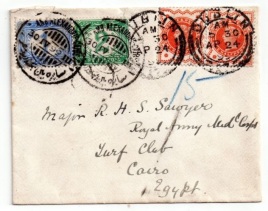 And finally the most fought over item of the month. This attractive cover to Egypt features two postage dues as the rate was 2 1/2d and not 1d. Final price: £70.75